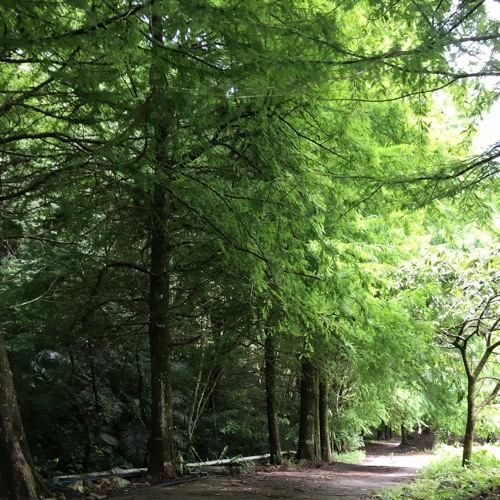 my work 'Snow Sculpture for Zheng solo, electronic music, and 3D scenes (2018)' was premiered in concert 'Electronic Karma - Cross-Strait Concert for Electronic Music', at Experimental Theater in the National Theater in Taipei, Taiwan.

[Please turn on your speakers or headphone with louder volume] This music is build-in my self-developed video game via Unity. The music should be played by the player following crystal balls or snowballs to trigger those sound events. With those series of sound events, the player completes the entire music and story. The story is about a lonely feeling of a person who is seeking the 'right path' in the scene. With the guide of the wise owl, the person finally found the promised land. The work can also be viewed without Zheng part. To view this version, please click: https://youtu.be/YInE45gDeu0 ------- more detailed notes: When we are viewing a sculpture, we cannot view the entire sculpture without moving back and forth of ourselves. So we have to combine all the 2D viewing images in our brain to perceive the 3D sculpture. This work is a combination of this 3D space and sound installation concept. The composer designed and made this 3D video scene view and music, to interact with the audience. In this scene, with 3D snow scene, there are many ball-shape objects (some are transparent, some are colored), each ball carrying certain sound, by moving toward these balls, the player will trigger the movements and sounds of these balls. The movement of the ball will affect the panning of the sounds in 3D space. Therefore, this space-related musical work will be complete by the player from an audience with certain pre-defined rules embedded in the game.

Although the main structure for this work is pre-designed, the player of the audience controls the details of how the music sounds. Thus, the music project the concept of viewing the sculpture in 3D scene, by moving back and forth, the player decided the sequence and the time of each musical element to be heard, and therefore formed his/her own series of 2D images and transformed into 3D perceptions. In addition, the interaction between the electronic music and live Zheng solo, mimics the interaction of “virtual” and “reality” or “past” and “present,” and showing the crossing-space abilities of human spirits, and formed the sculpture of current space.

This work is projecting the composer’s feeling of daily life. The player starts an unknown and solely journey. The snow scene might show the loneliness of the journey, and without any implication, the player needs to interact with those objects, and overcome the uncertainty while playing this video game, until the owl, which is the symbol of the wisdom, leads the player back to the promised land, and end of this journey.